The £1.1 million conservation project in St Mary, Lydiard Tregoze has been completed. Many congratulations to the Conservation Project Team, grant sponsors and St Mary’s wider congregation for their commitment to this outstanding restoration work 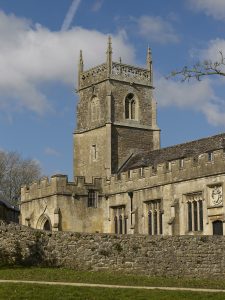 St Mary’s Church is a grade one listed church where Christian worship has been continuous since the 10th century. The earliest physical part of the church dates from the 11th century extending into the early part of the 13th century, the south aisle, chapel and chancel being re-built in the 15th century, and further remodelled in the 17th century creating a rare surviving example of English Renaissance church. From the 13th century through to the 16th century the church was richly decorated with medieval wall paintings including the Norman Font. St Mary’s has been called one of the most important small parish churches in Great Britain and has been renowned through the centuries for its extraordinary monuments and ancient fittings 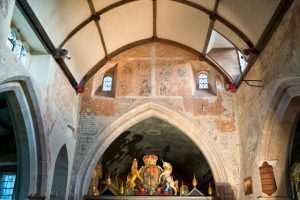 Century inside the church formed the largest part of the project
These paintings include a rare depiction of the martyrdom of Thomas Becket, and period figures from Henry VIII’s reign. The Trust focused its grant support on this work at an early stage of the project 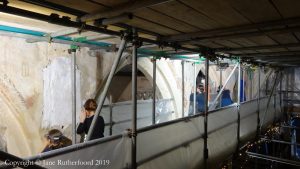 Below right – Christ the Crown of Thorns – now described as a very rare & unique  example of a Renaissance Christ , dating from 1520 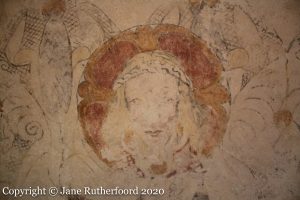 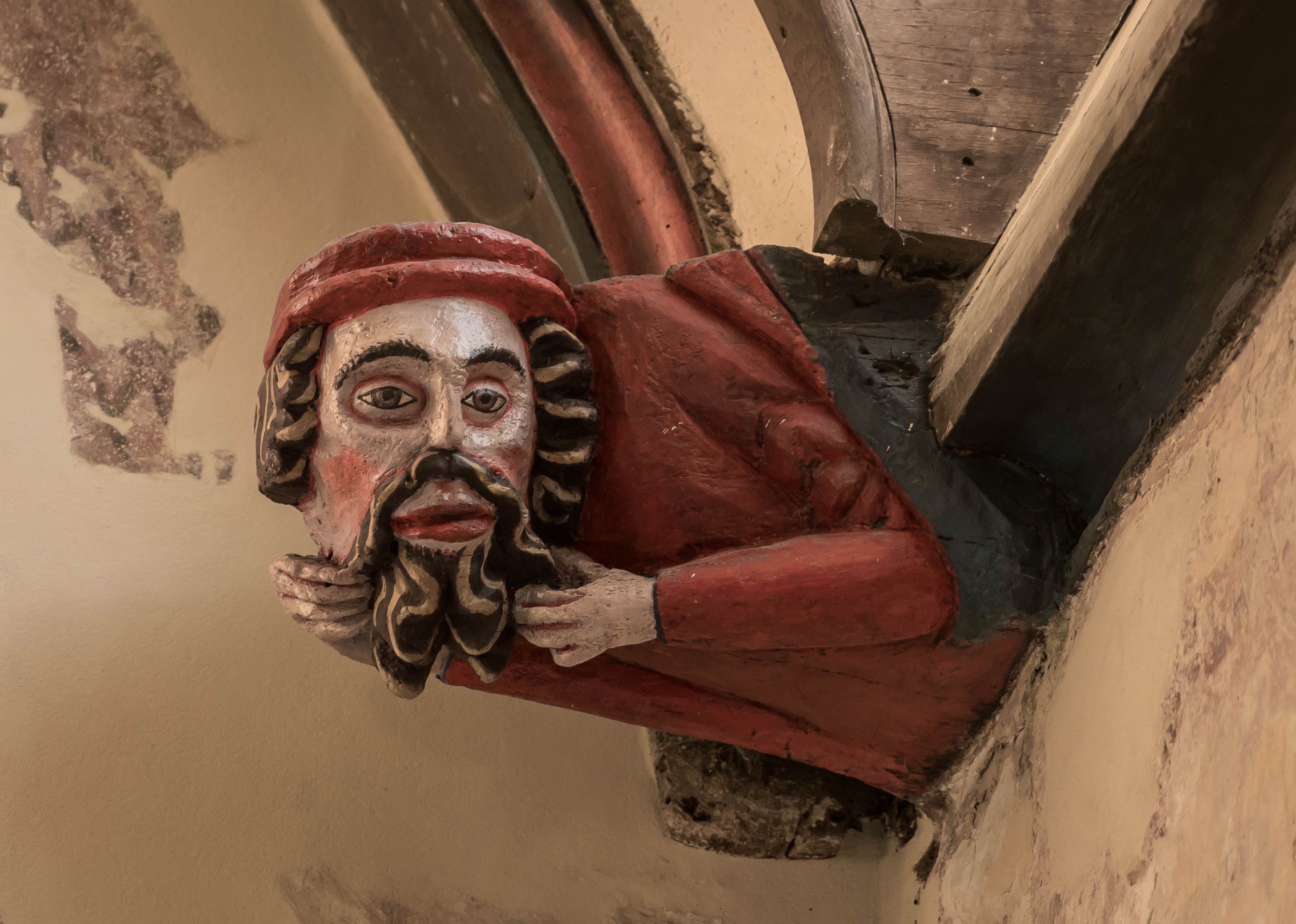 conservation and reordering work to the historic pews, installation of conservation heating and lighting, opening up the hidden and historic South Porch and vestry, as well as reordering the west end for welcome and education
Below – The final element of the project has been the installation of imaginative interpretation panels 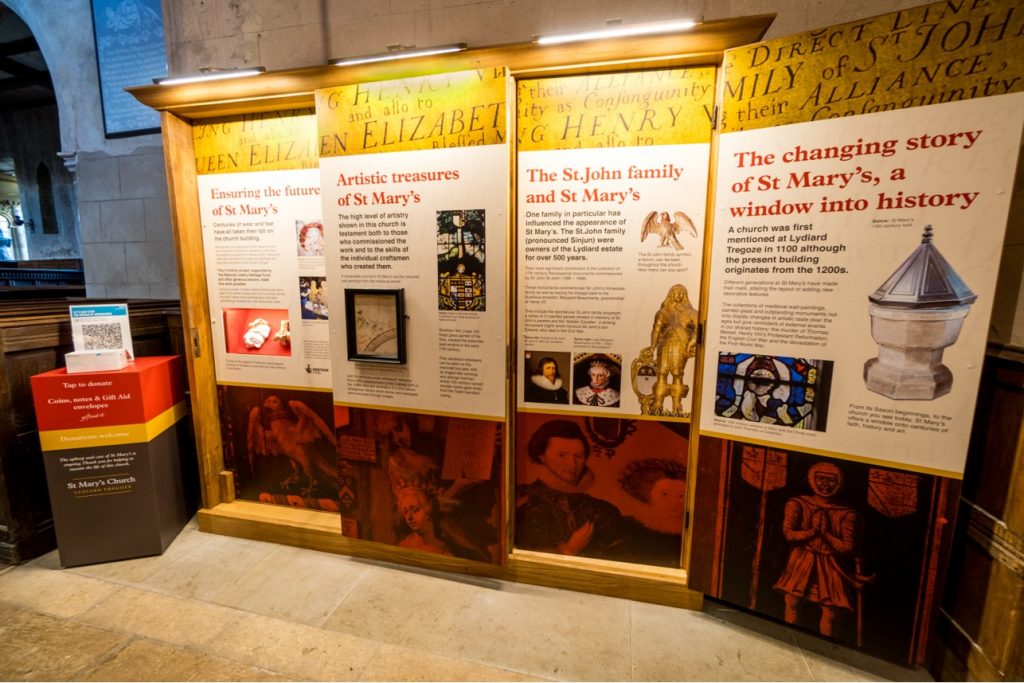 Many grants have been made by supporting charities. The Trust contributed at an early stage in 2017 with a grant of 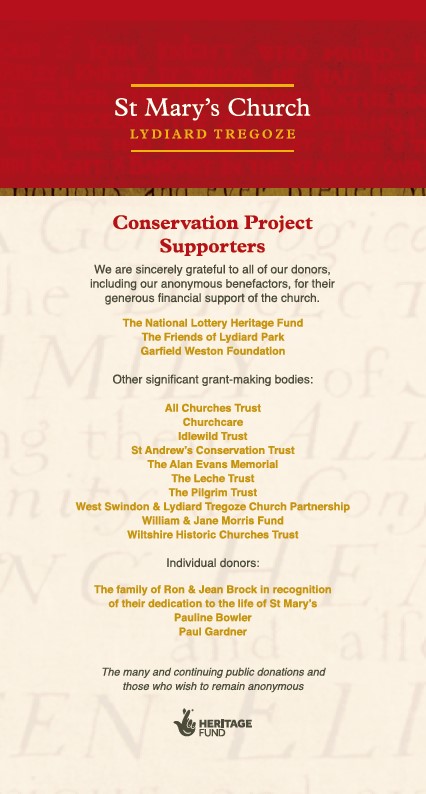 £3,000. The largest grant was awarded by the National Lottery Heritage Fund (NLHF). Grants enabled the church to carry out the conservation work, environmental improvements and access improvements to St Mary’s Church as well as the delivery of a specialist training programme & associated learning, volunteering and community engagement activities